Up For Awards - Congrats to Vacaville Gaslighters

The Vacaville Gaslighters Theatrical Troupe in Vacaville California are among the nominees for the 29th annual "Arty" nominees for 2013. Categories range from High School productions to Community theatre: musicals, drama and comedy. Vacaville is up for 13 nominations in various slots from best director to best costume design. 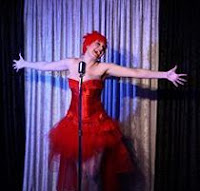 Of course the reason I mention this is that a few of these nominations are for productions of my plays. Both "Last Call At Chez Mort" and "Dead Air" have found their way into the nominations. "Last Call" even made it into the category of "Outstanding Production in Adult Comedy".

Vacaville 's production of my script "Death Of A Doornail" did win in 2011 for Outstanding Comedy Production so here is wishing them all the best for this year!
Posted by Lee Mueller at Monday, August 19, 2013