How Thin Is the Line between Murder and Comedy? Will a Fruitcake fit?

An interesting thought occurred to me the other day which was spawned by a "keyword" search phrase that pointed to my website Play-dead.com; the search term was "how do murder mystery and comedy differ?"

I have actually pondered a similar question myself which is: "How can I (and others) get away with writing Murder Mystery Comedies?" I mean, we are writing about someone being murdered and yet, the whole thing is steeped in the compound of the comedy genre and people actually laugh. Come on, if you think about it, there is no way that should work. Murder is a horrendous thing, right? Especially when not viewed through a comedic filter. How did Sir Arthur Conan Doyle, Agatha Christie, Edgar Allen Poe, or Raymond Chandler make a living writing about murder in a serious fashion?

How do you explain it? 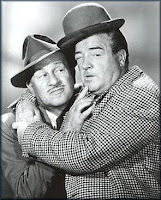 O.K. First of all, when it come to murder mystery comedies, it's not as if I'm writing something like "Abbot and Costello Meet The BTK Killer" or Bob Hope and Bing Crosby "On The Road to Jonestown".
That would be using something very serious and well known and trying to add comedy to it. That wouldn't really work.

The "Poetic License", if you will, for Murder Mystery Comedy has to do with "context". That is, in what "context" do you base something that on the surface is normally a "horrendous thing"?

We can watch cartoons, we know the Road Runner is not causing grave injuries to the Coyote in real life. We are quite certain that Moe is not poking out the eyes of Curley on the Three Stooges. We have a mental facility that distinguishes between real and unreal. Serious and not so serious.

Is everything in a play set up very seriously? A murder mystery play. Is the atmosphere and tone of the story very stark, dark and dramatic? Is the victim a very kind and caring person that the audience can identify and sympathize with? Is the crime tremendously brutal and violent? If so, the context of the piece is similar to "The Diary Of Anne Frank" or The Laramie Project. If so, the context is serious.

What would be correct context?

Well, how about moving the context 180 degrees. Set up the play in a "not so serious" mood. Establish a tone and atmosphere that is light and slightly satirical. Create a victim that no one has room to identify with or spend one iota of sympathy upon. A character that is perhaps pompous or shallow, or better yet, not very realistic. And when the "horrendous" act occurs - it has all the impact of Aunt Helen belching at the Dinner table. You are not shocked by it, but instead, want to laugh.

Speaking of food, I heard a quote attributed to Alfred Hitchcock - I don't know the exact quote so I will paraphrase: - A good suspense thriller should be like a Fruitcake, full of nuts - (again, it was something akin to this) The point is, right from the start of the story, you should get a good idea of what's about to be served. If the ingredients - that is the characters are not rich and developed as in a thick layer cake, but no, instead they're a bit nutty and there are bits of fruit thrown in. Once the brain registers this concept, (this is not an Angel food cake) -  the "serious" factor moves out. The context changes to "not" serious and when your context moves away from taking it seriously - this leaves room for humor. 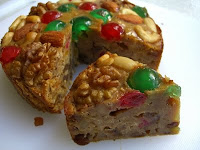 The bottom line is that if the characters and the story are removed from reality - everything you see and hear is written and presented as being over the top, humorous fashion, tongue in cheek -  it is hard to react to the material in a somber manner.

Once the tone is established as superfluous or unreal;  you remove the reality from the audience's perception. You place their expectations in the correct context and give them permission to laugh. Even at the subject of "murder" or "death".

Context and tone are most important when walking the thin line between what appears on the surface to be a serious subject and allowing laughter to prevail. If done correctly, the horrendous can become hilarity. But the danger lies in taking the subject "out" of context. Yes, you may say that "Murder" in and of itself is not something to be made fun of or laughed at.  While this statement is true, the context of the subject is shifted and therefore creates an alternate conclusion.  That thin line can be crossed very quickly depending on how you look at it. The bottom line here is that I do not use my talent to belittle, disparage or ridicule the seriousness of murder or any crime, nor do I believe any famous artist who ever tackled the subject had intended to do. They only intended to put the subject matter into a certain context, using their craft to present it a different way.  If someone remains on the other side of the line and cannot look at it in a different way, while they certainly have that right to do so, the point of many things will be lost, and remain unseen in that narrow field of view.
Posted by Lee Mueller at Wednesday, May 18, 2011